A Software to be deployed on a Windows Server (physical or virtual)
A virtual appliance that is based on Linux (vCenter Server Appliance: VCSA)

It provides exactly the same functionality as the traditional Windows vCenter Server but packaged in a Linux distribution. Now, VMware recommends using Appliance instead of Windows.

During the boot process of the VMware VCSA 6.5, some errors occurred that impede the appliance to boot properly. You may see the following errors:

This error occurs when there is a storage failure or power failure.
This problem may occur due to file system issues.
You may not be able to login onto my Webclient server caused by storage outage or interruption.

To fix this error, follow these steps:
Note: Before performing these steps, you should take a snapshot or backup of the vCenter Server Appliance 6.5.

1. Reboot the vCenter Server Appliance 6.5 and immediately after the OS starts, press the key ‘E’ to open the GNU GRUB Edit Menu.
2. Find the line in Edit Menu that starts with the word linux.
3. Affix the following to the end of that line:
4. systemd.unit=emergency.target
5. After then press the F10 key to continue the booting process.
6. Execute the following command to find the file systems:

7. Execute the command:
:/# e2fsck -y /dev/sda3
Note: The nodes will be fixed automatically as we have given -y.

Or (For advance users only)
Run the below mentioned command, in case you to review before answering
# fsck /dev/sda3

Answer yes to all the questions to repairs, Inodes and fix the issues. 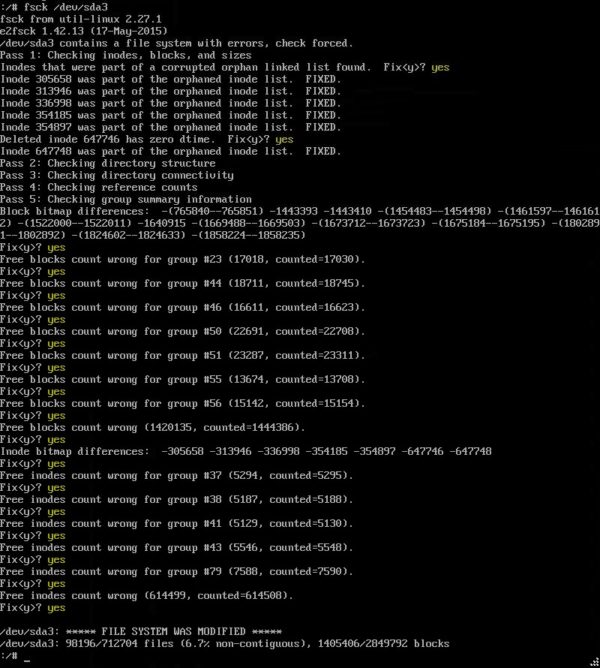 8. After fixing all the detected issues, reboot the vCSA by following these options: Action>Power>Reset

After reboot, the vCenter Server Appliance (vCSA) should work now.