Symptoms:
When using the VMXNET3 driver on ESXi 6.x, you see significant packet discards during the periods of very high traffic bursts on a VM having SAN volume connected by using a Windows iSCSI initiator. Just to be sure, launch the command prompt with the admin rights and fire command netstat –e.

If your output contains a high no. of ingress discards that means the VM is simply dropping the packets due to unavailability of the resources.

Purpose:
To fix this issue of significant ingress packet discard during high traffic bursts, make sure that there isn’t any traffic filtering configured (like Firewall, Antivirus etc.). Once this possibility is overcome, either increase the hardware resources on the VM (Only if the resource utilization is above 90% during the packet discard) or gradually increase the number of Rx buffer in the guest operating system.

Cause:
This error is due to a missing flow control feature for the VMXNET3 of multiple issues. Packet drop is actually an ingress packet discard by VM’s iSCSi interface.
Reason for this discard is the unavailability of resources on the VM to process the ingress packets. This is the reason a packet discard alert is always followed by either high memory or CPU utilization alert.

Verification:
Alerts are for iSCSi interfaces as 9k sized (if Jumbo frame is enabled) packets are being received on this interface at a high transfer rate, that requires system resources and if resources are unavailable, interface starts discarding packets.
With flow control enabled on all the devices, this discard should not appear. Make sure the flow control is enabled on all the intermediate devices like SAN, iSCSI switches, and others.

The output shouldn’t have “off” being displayed under flow control.

In case flow control isn’t enabled use below command to do so,
interface <PORT-LIST> flow-control 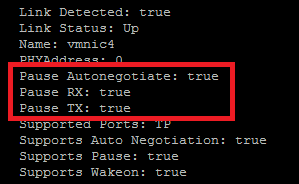 Note: In case you are using HPE custom ISO image for ESXi 6.5 flow control command will not work. 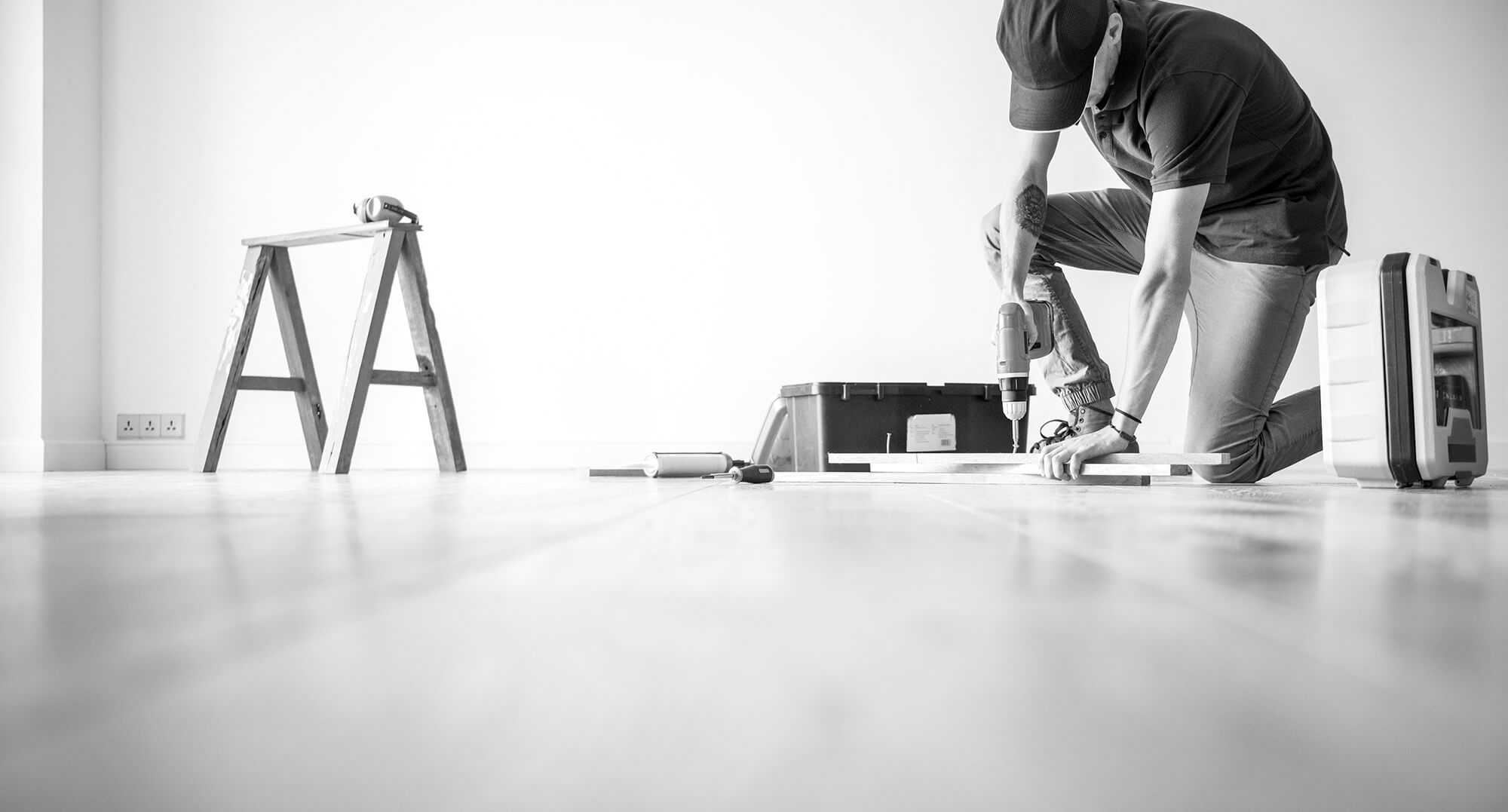 On the next window, go to tab Advanced.

As discussed with VMWare to workaround this issue, make sure that there is no occurrence of traffic filtering (like Firewall, Antivirus etc.). After eliminating this possibility, gradually increase the number of buffers in the guest operating system (for iSCSI interface, check notes).

Additional Suggetions:
However, you can also disable few services on iSCSi interface which isn’t required. 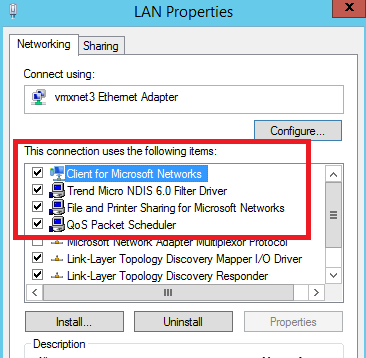